Michael Warren
Jan 03, 2022
Why the 2022 Michigan Supreme Court Race is Vital and What You Need to Know
In Campaigns and Candidates
This year, Michigan voters will have the opportunity to vote for 2 people for the Michigan Supreme Court. The Supreme Court is the State's highest court, and has the final say over the interpretation of the Michigan Constitution and Michigan law. To understand its importance, it was the Michigan Supreme Court that struck down Governor Whitmer's COVID-19 shut down orders. It has 7 members. Two incumbents are running for re-election. Justice Brian Zahra and Justice Richard Bernstein. Justice Zahra is strong rule of law Justice who has served ably on the Supreme Court and is its longest serving member. Justice Bernstein is running for re-election for the first time. Each party nominates 2 Justices to run on the general ballot. Justice Zahra will be nominated at the Republican Convention and Justice Bernstein will be nominated by the Democrats. Each party will nominate a second candidate to run with its respective incumbent. (At the time of the election, the party designation disappears, but incumbents are designated.) Democrat nominated Justices currently hold a 4-3 majority of the Supreme Court, which means this is a pivotal year. If Justice Bernstein is defeated, the majority would switch back to the Republican nominated Justices. If Justice Zahra loses, the Democrat nominated Justices would hold a commanding 5-2 position. The Republican Party will be holding an Endorsement Convention on April 23, 2022. Whoever is nominated at the April Convention will be on the general election ballot in November. (There is an August Convention, but that is a mere formality). Full disclosure, I am running to be Justice Zahra's running mate. I hope to have your support. This is why: JUDGE MICHAEL WARREN for Supreme Court Justice EXPERIENCED Oakland County Circuit Court, 19 years - appointed by Governor John Engler More trial experience than entire Supreme Court combined (5 of the Justices have NO judicial trial experience) 350+ Jury Trials Appointed by the Supreme Court to the Michigan Business Court; experience in Criminal, General Civil, and Family Court dockets ACCOMPLISHED Judge of the Decade and Hall of Fame Member - International Association of Top Professionals Distinguished Public Servant Award (Oakland County Bar Association), Great Influence Award (Women’s Bar Association), Proclamation of Honor (Oakland County Board of Commissioners), and other awards Sponsor & Pilot e-filing and paperless courtroom Creator, Reset Pilot Program for probationers Supreme Court Committee on Civil Jury Instructions Court Rule & Contempt of Court Statutory Revisions, originator Executive Committee Member, Michigan Judges Association Constitutional Law Professor, Western Michigan Cooley Law School Michigan Constitutional Law & Contempt of Court, author of law review articles and Institute for Continuing Legal Education PATRIOT Patriot Week, co-founder (with my then 10 year old daughter) - Patriot Week renews America’s spirit by deepening the appreciation of the First Principles, Founding Fathers and other Patriots, vital documents and speeches, and flags that make America the greatest nation in world history (www.PatriotWeek.org) America’s Survival Guide, How to Stop America’s Impending Suicide by Reclaiming our First Principles & History, author (www.AmericasSurvivalGuide.com), author Patriot Lessons: American History & Civics Podcast and Patriot Lessons TV Show, creator, author & host Americanism Award (Daughters of the American Revolution) and Patriot Citizen Award (Joshua’s Trail) PROVEN Precinct Delegate Candidate, State Senate Member, State Board of Education Federalist Society Member beginning at University of Michigan Law School since 1989 and founding member, Michigan Lawyers Chapter Hundreds of speeches, articles, and videos on the Declaration of Independence, Constitution, American History, etc. Strong, dedicated, and consistent rule of law jurist 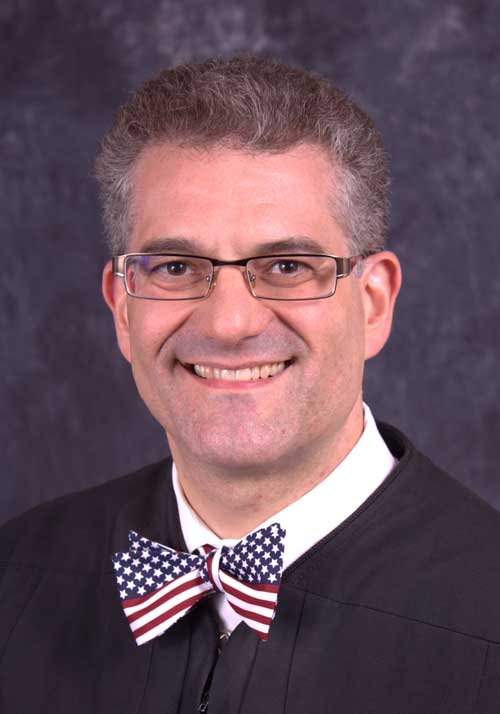 Some Discussions for you to consider joining...
gain Friends / Followers, influence others...

MOBILE DEVICE USER NOTICE: This particular section (Forum topics/posts preview) of this page does not perform well on small smartphone screen devices... We sincerely hope you will come back at another time and visit this page while on a Chromebook, iPad, Laptop, Desktop, style device..

Join an existing discussion - MOST RECENT ACTIVITY items in MICD12GOP Forums:
(hover cursor over Title for extended Title and direct link to appear)

America-Hater Fonda was stumping for other fellow Haters in Michigan...

The Debate the Left doesn't want you to see, as the NEW MICD13* is in play for the GOP... * which encompasses parts of current MICD12...

State Rep for the 27th District

Join an existing discussion - MOST LIKED items in MICD12GOP Forums:
(hover cursor over Title for extended Title and direct link to appear)

What is the future of the republican party?

It's not about Guns, it's about ATTACKING FREEDOM and The Constitution.

I did WalkAway from Democrats, but still uncertain of even the GOP

Getting Involved Contact Wayne12thchairman@gmail.com if you live downriver and want to get involved.

If you don't like USA why are you on our Olympic team?

Are you ready/willing to be involved with the (due to Proposal 2 Constitutional Amendment) ReDistricting Commission ReDistricting process?!?

Define FAIR! Back to Clinton-speak, depends on what the definition of "IS" is...

Join an existing discussion - MOST VIEWED items in MICD12GOP Forums:
(hover cursor over Title for extended Title and direct link to appear)

Do you support Jeff Jones for Taylor Mayor?

It's not about Guns, it's about ATTACKING FREEDOM and The Constitution.

If you don't like USA why are you on our Olympic team?

My Vision for Michigan.

Join an existing discussion - MOST COMMENTED items in MICD12GOP Forums:
(hover cursor over Title for extended Title and direct link to appear)

State Rep for the 27th District

What is the future of the republican party?