First look at new S.E.Michigan District Maps
In ReDistricting discussion
Michelle Soltesz
Oct 14, 2021
To put a bow on what George said about they clearly just ignored the whole communities of interest thing. It would have made sense to start with the upper peninsula as District 1, as I understand from looking at the existing maps would have at least been one area in Michigan that then could have retained its district number, and that they would have to merge with areas of the lower peninsula in order to spread-out and encompass more people to meet the number of people required to be a district of equal size with all the others as required by apportionment. Yes, I'm learning quickly, or at least trying to learn quickly there is an awful lot to absorb, as I've had to learn quickly after the fiasco of the 2020 election there is too much at stake to not learn and become involved, and I thank you all here for the blog about the census, apportionment, redistricting, etc, and the folks making posts and comments on this and other subject matter on this website. Anyway, back to this specific topic. That. the u.p. plus area but even then way so far down to the west part of the state and not just straight across and top slice of the l.p. to make it fit, is the only part of the proposed maps that makes near any sense to me. Then go out, from their, the u.p. and newly added area, down, around, over, whatever, from that starting point. Instead, and what was the reasoning and motivation for, insisting on beginning the process at Detroit, beyond perhaps guaranteeing that every person in Michigan would have to learn all new district numbers? I saw someone say somewhere else, not sure if it was even on this website, that if not starting in upper peninsula than it should have started in Lansing. That would make sense, Lansing is the Capital of Michigan, Detroit is not, and again to put a bow on the point of if they wanted to guarantee all new district numbers that also would have accomplished that. Not sure what it says their agenda is, I do not even care to speculate at this point, but it clearly says something about an agenda that I'll leave to others smarter than I to lay out what was likely the case!
1
0
First look at new S.E.Michigan District Maps
In ReDistricting discussion
Michelle Soltesz
Sep 20, 2021
To quote Orwell from Animal Farm that some are more equal than others. Clearly some population oriented communities of interest took precedence and wildly overrode what would matter for communities of interest landmass oriented wise. Which kind of spells out the bottomline in that the reality that districts must conform to population size wise legal dictates, and by starting in, at, around, Detroit dictated some of the landmass wise nonsensical layout of districts 1, 2, 3, 6,and 7, at least, as pointed out by Mr. Gordon above with Wyandotte relationship with Grass Lake? And since the initial post mentions Taylor as a major shift from existing district 12 to now being in with Livonia in a new district 2. Certainly the Downriver area as a landmass is clearly more an community of interest that would in that sense mean that Taylor would be part (in this case, 7) with Southgate, Wyandotte, Trenton, areas for no other reason than Southland Mall as an area block. But, again, clearly the realities of, by law, having to clump people by population, overruled many landmass communities of interest. And then there is the clear reality of the broad brush painting of landmass that new district 12 reflects. The one district that makes most sense if the rural grounds of Ohio border up until other factors dictated a new or other district line had to begin or end. Back to Taylor, clearly working the map to the west to lump Taylor to and with Novi as "major shopping center" districts under community of interest definitions would make more sense then moving parts of 3 Royal Oak down further into 2 to make up that landmass and population shift would make a bit more sense to me, if the population headcounts would allow. Because, again, lastly, it is population that is the bottomline dictate under law as to each district having to have about the same numbers of legal voters in them - and, yes, that becomes a whole other subject which you'll see I already commented about Election Integrity!
2
0
If you don't like USA why are you on our Olympic team?
In General/Other Discussions
Michelle Soltesz
Jul 03, 2021 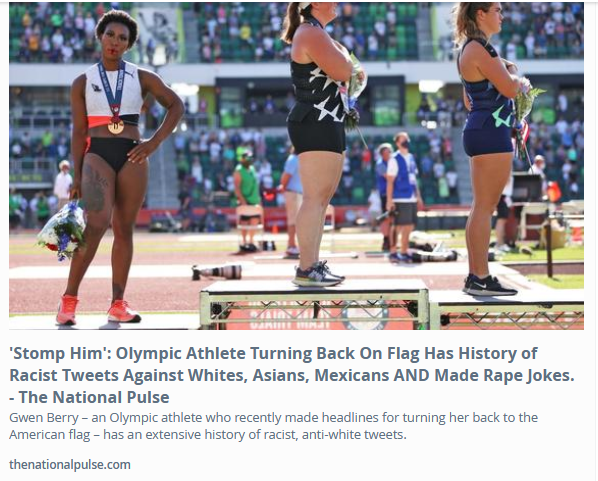 0
0
Introduce yourself
In General/Other Discussions
Michelle Soltesz
Jun 29, 2021
I can see I am not the only one really angry with not just the people in DC (both sides, but mostly Democrats) but the people (both sides) in Lansing! I spoke with someone that used to be involved but then went back to sleep so to speak and is now back more motivated than ever. If all the people like him that were active before but went away come back in force to join with the new people like me coming up then we will be an unstoppable force to drain the swamp (of Gators, as Pat Colbeck's book "Wrestling Gators" that my friend shared with me outlines, that inhabit both parties).
0
0
What is the future of the republican party?
In Questions & Answers
Michelle Soltesz
Jun 22, 2021
I am also new and it is like you took the words right out of my mouth. I quietly sat in the back while attending a Republican meeting last month. It was the first time I'd ever decided to consider actually getting involved. The leadership seemed indifferent to considering holding Peter Meijer responsible for his part in joining with Democrats in the Impeachment travesty that had zero substance behind it, only hatred for Trump and those who wanted to drain-the-swamp. If the Republicans are going to act just the same as Democrats, then what is the point? From what I've read here, to answer my own question, the point is that if We The People do not get involved to steer the party, then the Republicans in name only will continue to steer the Republican Party ever to the left as you pointed out above about the overton window.
1
0
Michelle Soltesz
More actions